Fighting is a sport that comes with weight classes, and with weight classes, fighters must find ways to their weight down. Cutting weight is a method fighters use to make their fight weight. This can be done by a number of methods that pull water out of the fighter, effectively dehydrating them. This is the preferred method as opposed to losing weight. Losing weight involves losing fat and/or muscle, effectively bringing one’s “walking weight” lower. Dehydration is preferred because it is much more short-term and being heavier during the fight is thought of to be an advantage - as soon as the fighter weighs in, they can rehydrate and get their weight back up to normal (pre-dehydration weight). And the heavier you are, the harder you hit (or so is believed by many). Losing weight does not offer such an advantage as its effects are more long-term than dehydration. 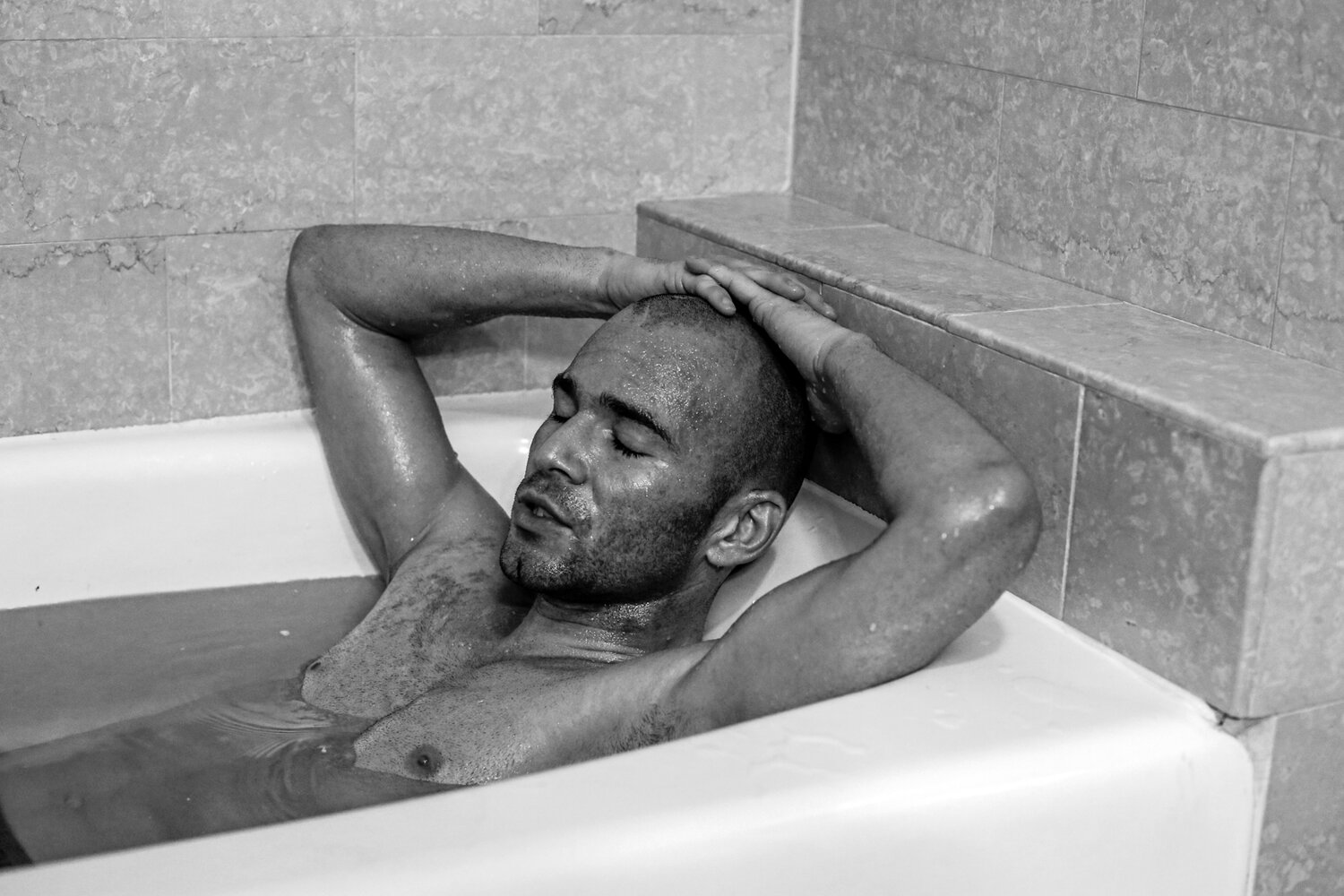 Fighters in western countries tend to cut weight with methods that don’t require much activity on their part. This includes sweating out the sweat in a sauna, hot bath, or using water manipulation methods such as water loading. This is often combined with alterations in nutrition, such as cutting out sodium or eating less carbohydrates. The dehydration methods are often done in one long session. However, in Thailand, most camps still cut weight in a way many deem to be old-fashioned: put on a sauna suit and run.

In Thailand, trainers do not want their fighters to lose weight while preparing for a fight, given they are around their normal walking weight. Many Thai trainers and camps believe that dieting will result in less energy. Less energy results in less power output. Less power output means the fighter is not training at their highest potential and will not improve their skills during the fight camp. It’s common for Thai trainers to shake their heads at foreigners that cut down their food intake to get closer to fight weight. For some of the reasons mentioned before, they simply don’t see the point when someone can’t train their best. Fighters are encouraged to eat (quite a lot) while they’re in fight camp. Luckily, most Thai food that’s normally eaten at meals (and not as snacks!) tend to be pretty healthy, such as stir-fries, grilled meats, steamed rice. With the long runs and twice-a-day hard training, most Thai fighters end up cutting around 4-6 kilograms of water.

When the week of the fight arrives, fighters will continue to train hard until three days before weigh-ins. It is only then that they start controlling their food intake. This is done in addition to wearing a full sauna suit (jacket, pants, and usually a hat) to jog in the heat. Like training, this is done twice a day until the weight is made. After a weight cutting session, the fighter will eat and drink a little bit to have some strength for the next one. The idea behind it is this: If a fighter has to lose 5 kilograms for the fight, they will lose 2 kilograms the first cutting session and gain back 1 from food and drink. They will do it again in the afternoon and lose another 2 kilograms, and drink and eat back 1 kg. They are at a net loss of 2 kilograms, with 3 kilograms left to go. As each day goes on, the fighter is able to lose less and less each weight cutting session because the body will end up fighting to hold onto whatever water is left, but the fighter will lose some weight from using the toilet and in their sleep. It’s not difficult to see that in three days’ time, the fighter will have lost 5 kilograms and successfully made their fight weight.

In the event that the fighter is over weight at weigh ins, they will have to put on their sauna suit to run and jumprope until the remaining weight comes off. There is no "weight allowance" in Thailand. Any overages in weight result in deductions from the fight purse or even the score card. After weighing in, it’s almost guaranteed that the fighter will have a teammate or coach hook them up to an IV pouch to replenish their hydration levels, especially if they are fighting later in the same day.

If, for some reason, the "Thai method" of cutting weight sounds easy, keep in mind that it is done in the brutual Southeast Asian humidity and heat. Temperatures average 30 degrees Celsius (86 Fahrenheit). At the peak of Thailand's summer in April, temperatures average 35.6 degrees celcius (96.1 Fahrenheit). Running in a vinyl suit during this weather is no joke, and certainly no easy task. Why do the Thais cut weight like this as opposed to other methods? Why do they cut over three days instead of one? Why do they eat and drink back some of their weight? Doesn’t it defeat the purpose of the brutal run in the heat? It’s hard to have any definitive answers that everyone will agree with since this practice is rooted in tradition and repetition from generation to generation rather than research. Many Thai trainers believe that doing it this way makes the fighter less tired to run since they are able to eat and drink. But it could also be possible that they simply don’t know any other way. Many weight cutting methods done by foreigners have their roots in science and research. Foreigners are also more likely to experiment to see what methods work best for them, while most Thai fighters and trainers don’t have access to information and research on weight cutting and just do what they’ve been told. Many Thai fighters also don’t have sufficient knowledge of nutrition to make weight cutting an easier task - so many eat and drink foods with too much sodium in them during the cut, making it more difficult to pull the water out of their bodies. This forces them to work harder to get the weight off.

Cutting weight has been practiced by people to try in attempts to get a weight advantage during the fight. There are numerous ways to do it, and within those ways, there are methods that are backed by research, and there are methods that are solely rooted in tradition. No matter which route is taken, cutting weight will be around for as long as combat sports has weight classes, in an attempt to get the upper hand.